Crete places to visit : Crete claimed by many Greeks to be the most authentic of the islands, is by far the largest. It stretches 256km(159mile)east to west and is between 11 and 56km (7and 35milos) wide. A massive mountainous backbone dominates, with peaks stretching skywards to over 2400 metres (7.874 ft). In the north the mountainous slope more gently,producing fertile plains, while in the south they plunge precipitously into the sea. Crete is called Megalonissos – the Great island – is what the Cretans call their home.

Crete places to visit: Great can certainly be applied to the Minoan civilization, the first in Europe and one with which Crete is inexorably entwined.With two major airports, Crete cannot be classified as undiscovered, but through its size and scale it manages to contain the crowds and to please visitors with widely divergent tastes. While a car is essential for discovering the best of the island, car hire is, fortunately comparatively inexpensive.

Climate of Crete-Crete places to visit: Crete’s climate is sub Tropical and in few places approaches the tropical climate of the south mediterranean sea. Its location is ideal for mild winters and warm summers, it is generally warm during all year in Crete. The highest mountains of Crete are: Psilorotis mountain(2456m height) in Rethymnon region and White mountains (2452m height) in Chania region, Lassithi plateau-Dikti mountain(2153m height), it is rearly but during the winter time is snowing on their top mountains. 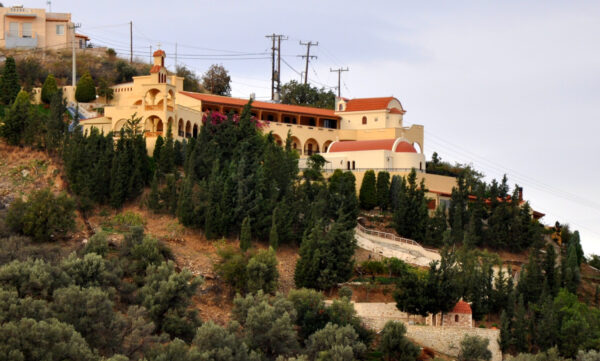 Crete places to visit: Crete is extremely mountainous, and its character is defined by a high mountain range crossing from west to east, formed by three different groups of mountains. These are:

Economy of Crete-Crete places to visit: Crete island can be considered as an independent island, the place borns super quality of high level agricultural goods, vegetables, fruits, olive oil, as well as high quality of animal meat, due to the climate and the 320 sunny days of the year. Its economy is not based on local productions only but is based on Tourism too, the island is one of the 1st European destinations choise and attracts more and more tourist visitors every year. Its old minoan oldest European civilization is the great weapon of heavy industry of Tourism on the island as well as the climate.

History of Crete-Crete places to visit: Crete’s history starts thousands of years before and is claiming it has the oldest civilization found in Europe, the Minoan. Minoans were the leaders on ship trading and general trading on the Mediterranean sea during their times. Crete became for many conquerors their startpoint for conquering all the Mediterranean islands, its position was the aim for many races/confident conquerors to war and fight. It is important to refer the Venetians, Arabs, Turks and last German nazi troops commanded the island during the years.

Ports in Crete-Crete places to visit:

Crete is a perfect destination to all visitors, they can find family runned accommodations, hotels, apartments as well as villas and 5star hotels offering high standard amenities to their visitors. Nevertheless Crete has many accomodation buildings, exist many camping places in all regions.

Hiring a car in Crete is important to visit all far beautiful places of the island. It is important to check Check the insurance and make sure that it is comprehensive to avoid unpleasant surprises, we provide this insurance to all our clients. Petrol stations often close around 9 pm, particularly in villages. After renting the car, make sure you will fill it up with gas. the rate per liter is varrying between gas stations in big cities and villages.

-Minoan Palace in Knossos must be priorated in your visits. Festos Palace in south of Crete close to Matala bay. Ancient Gortys Palace in Gortys, a Minoan palace too. Heraklion plain Messaras villages, landscape places, as well as many beaches and physical ports.

Crete is based on the Mediterranean food. Nearly all foods are cooked with the virgin olive oil of Crete. Its Gastronomy is influenced from other parts of Greece and especially from Middle East in the beginning of 20th century. you will find many tastes and a lot of different flavours of food in Crete.

Cretan people are producing local Tsikoudia drink (Raki well known) and is distillated from grapes. The local wines are very tasty too and its unique flavour differs from region in region.