Village of Crete, places you miss when visiting the island of Crete, undiscovered places.

Agia Varvara is a mountainous Village of Crete, located in the center of the island, The village lies at an altitude of about 580 meters and has 2,043 inhabitants. Agia Varvara lies on the busy north–south road from Heraklion on the north coast of the island towards the centre. Agia Varvara is belonging to the Municipality of Gortyn or Gortyna.

Gortyn, Gortys or Gortyna is a municipality, and an archaeological site, on the Mediterranean island of Crete 45 km away from the island’s capital, Heraklion. The seat of the municipality is the village Agioi Deka. Gortyn was the Roman capital of Crete et Cyrenaica. The area was first inhabited around 7000 BC. The village’s inhabitants are farmers, most of them own olive trees and grape trees, the area is very warm during all 12 months of the year, it is known as the warmest place of central Crete. In the summer months, temperature reaches the 40 degrees Celcius very often and most of times much more.

Agioi Deka village of Crete is located in the valley of Messara in the south of the Psiloritis mountain, in the current position of the settlements of Metropolis and Agioi Deka, and near the Libyan Sea.

Archanes village of Crete is located 15km south of Heraklion city and just 4km far from the palace of Knossos. Archanes is one of the most popular villages of Crete, it is a part of ancient Minoan civilization. Archaeologists discovered roads leading from Archanes to ancient mountain of Juktas and indicate that Archanes was an important hub in the region during Minoan times. Archaeological evidence indicates that ancient Archanes spread out over the same area as the modern town of Archanes. Moreover, Archanes village of Crete is wellknown for Arhanes Wine. Arhanes (Archanes) is an appellation on the island of Crete in the Aegean Sea. 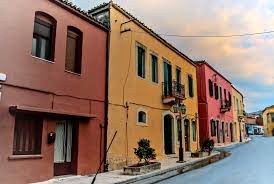 Arkalochori village of Crete lies on the western edge of the Minoa Pediada plain. The village is part of Municipality Minoa Pediados. Its inhabitants are farmers, working on earth, producing vegetables, olives, olive oil and grapes. 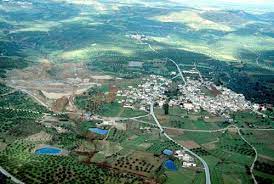 Kasteli village of Crete is located north of Arcalochori. The area is blessed, the plain of Pediada lies on the best part of the island and is selected to build the new airport of Heraklion. There is a military airport too.

Hersonisos village of Crete is the busiest place of the island during the summer months. The place lies on the east of Heraklion , meaning “peninsula”. The seaside resort of Hersonissos is officially the Port of Hersonissos, the port town or Limenas Chersonisou developed from the small harbour which served the original village, now known as Old Hersonissos. 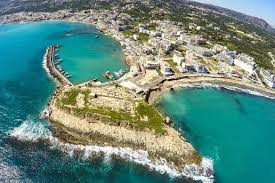