Chania (Greek: Περιφερειακή ενότητα Χανίων) is one of the four regional units of Crete; it covers the western Crete most quarter of the island. Its capital is the city of Chania. Chania borders only one other regional unit: that of Rethymno to the east. The western part of Crete is bounded to the north by the Cretan Sea, and to the west and south by the Mediterranean Sea. The regional unit also includes the southernmost island of Europe, Gavdos. Chania is the region that mostplaces are close one to the other! This makes the area very wellknown for family vacation and couples! 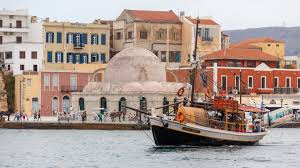 Chania regional unit, often informally termed ‘Western Crete’, is a beautiful and in many parts unspoilt part of the island. Districts include verdant Apokoronas, mountainous Sfakia, and Selino in the far South West corner. Some other notable towns in the Chania prefecture are: Hora Sfakion, Kastelli-Kissamos, Palaiochora, Maleme, Vryses, Vamos, Georgioupolis and Kalives. 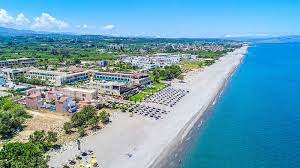 The natural park of Samaria Gorge, a major tourist attraction and a refuge for the rare Cretan wild goat or kri kri, is in the South of the regional unit. The White Mountains or Lefka Ori, through which the Samaria, Aradena, Imbros and other gorges run, are the limestone peaks topped by snow until May that occupy much of Chania regional unit. They contain more than 40 peaks over 2,000 meters high. The highest peak in this area is Pachnes, at 2,453 meters above sea level. 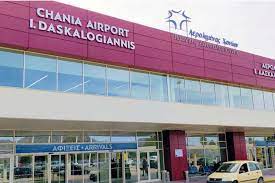 Western Crete is popular with tourists for its spring flowers that linger on into early May in the mountains. Birdwatching is also popular, with the lammergeier and golden eagle especially sought for. 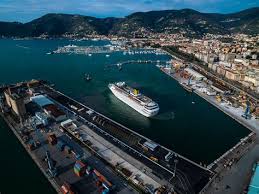 As an island, Crete has many endemic species of plant and animal Crete’s only freshwater lake, Lake Kournas, is in the regional unit close to the border with Rethymno regional unit, 47 km from Chania. It is relatively large, with a perimeter of 3.5 km. The lake used to be called ‘Korisia’ after ancient ‘Korion’, a city thought to be in the area with a temple to Athena. The lake used to be reportedly full of eels but now is better known for its terrapins and tourists. Tavernas and pedalo rental shops line part of the shore. Overall, however, the lake retains its beauty, the White Mountains reflected in the mirror-like waters.

The Western Crete (Greek: Νομός Χανίων) was created while Crete was still an autonomous state, and was preserved after the island joined Greece in 1913. As a part of the 2011 Kallikratis government reform, the Chania regional unit was created out of the former prefecture. The prefecture had the same territory as the present regional unit. At the same time, the municipalities were reorganised, according to the table below.[1]Kallikratis is consisted of many smaller prefectures, its construction is to make the Government more quick and more sufficient, Western Crete is a part of Crete Region. 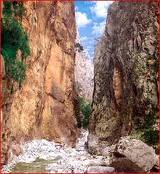 Cobblestone streets and narrow streets make exploring Crete’s villages by foot the ideal way to spend the day. The narrow streets of the Old City Chania are ringed by wider boulevards that mark the location where the fortified walls built by the Venetians in the 8th century once stood. Walking around the city will give you the most personal view of the city, and though streets are tightly packed together, getting lost would take some effort.

Western Crete also offers a limited bus road service within the city. Called Chania-Heraklion ktel the bus system is quite efficient for such a small location. For party animals that will be partaking in Crete’s active nightlife in the city-center, there is a Taxi transportation service that runs every twenty minutes on Friday and Saturday between the wee hours of 11 p.m. and 6 a.m.

If you’re looking to get outside of the city, there is a Green Bus service.
For those that plan to travel beyond Chania’s city limits, a car is probably the easiest way to get around. A number of car rental agencies have service centers at the airport.
In addition to these options, taxi service is also available within the city to get around to different locations. We recommend you should reserve a hire car using our website, low rates and new car fleet.