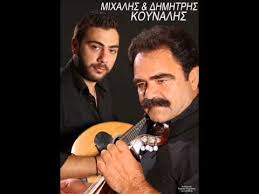 Crete has a lively tradition of music and dance stemming from folk traditions, many of which are based on older forms adopted from neighboring (or invading) islands. Again, regional differences create a lot of variety, so you can find Cretan music and songs with Aegean island’s influences. Performers of Cretan traditional music use old-fashioned instruments like Lyra or Laouto and some times use Guitar or Mandolin. 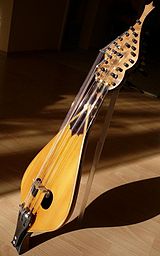 Cretan Lyra music is a major Cretan music tradition, achieving its greatest popularity in the 1900s. In fact, Lyra was created in Crete, evolving from raucous performances of singing and dancing with exciting stage effects meant to entertain crowds in between acts of the actual play or to encourage the soldiers to fight against pirates or invaders-such as Turks or Nazi. The musicians are known as Lyrarides. They sing songs that can make you happy or make you cry at the same time. It is important to keep our tradition by this way.

The word Mantinada simply means, ” express of every aspect of the human experience” and the form involves a distinct style of singing more melodic and dramatic than speech, but not as focused on melody and harmony than other musical styles. Mantinada can express feelings for love-when you want to impress a woman or man and also can express meanings-to express a message to another human or even to express your sympathy when death or loss has come, like all Cretan Music songs.

The most famous Cretan dance is the Pentozalis, a fast Cretan Music with fast dancing. This dance is invented in Chania region. All places of Crete have their own dances, all based on the same rhythm and on the same way of playing the Lyra. Pentozalis differs from the wedding dance we mentioned -Sousta- in that here, a solo performer dances vigorously to a quick, upbeat song. The dance could last for many minutes, and is quasi-religious in nature. All Cretan dances have standard rhythm and standard steps, even if each part of the island dance it differently.

Most visitors dance “siganos” dance. This is the easiest dance of Cretan music and is the first you get to know when dancing in Crete. The most popular for the Cretan people is “Chaniotis”, it is combining all dances as it is not fast, you move your body with nice movements and dance pleasantly. Maleviziotis is a very exciting dance too, this is mostly known in Heraklion prefecture but is danced through the island of Crete as Cretan Music is known everywhere.

At the root of Cretan music lies the Rizitika, or Root songs, which are simple songs, often performed with basic accompaniment, normally a single instrument or without-people sing with a rhythm that doesnot requires an instrument. These are slow in tempo and introspective, covering themes of love, loss or liberation. They are believed to have come to life as far back as Byzantine times or before, though definitely existed during Venetian and Ottoman domination of the island. Fundamentally rebel songs, sung by the Cretan Antartes, fighting to liberate Crete from foreign rule.

You can find some songs over the web: