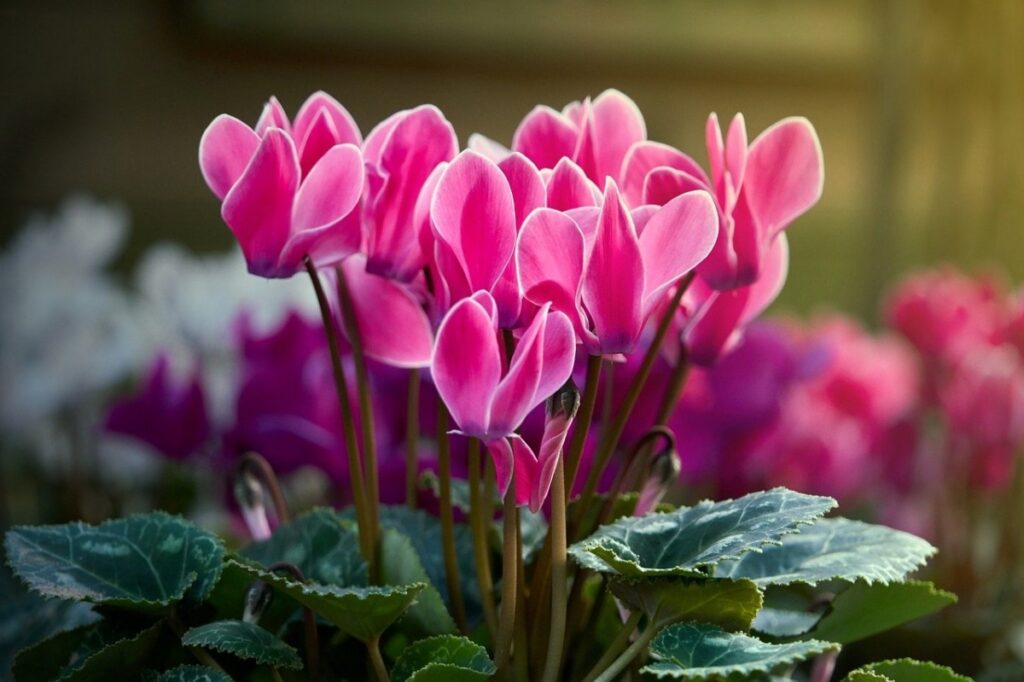 CRETAN FLORA of Crete is known for its biodiversity! Crete is an island with a variety of herbs , trees and scrubs , flowering flora etc , estimated that there are around 2000 species of plants in Crete . In fact 10% of those are endemic , meaning they can not be found elsewhere in the world . A reason for the number of native plants is that Crete is a closed ecosystem, isolated from other masses of land and systems.

CRETAN FLORA: Crete is a significant part of the cultural heritage of Greece, but it still has its own local cultural traits. It also has some of the most amazing animals and plants on the planet!

CRETAN MOUNTAIN TEA (Malotira or tsai tou vounou) is well known for its therapeutic properties and its tasty flavor . Cretan Mountain Tea is both an experience and natural medicine , providing benefits of natural medicine . Consumed both as a medicine and as a drink , Malotira is rich in antioxidants and antibacterials , thus establishing its primary purpose of healing properties . As an endemic plant , malotira usage and harvesting has been perfected over centuries . There is the wild version of malotira that grows freely to the Cretan mountains and there is the domestic version of it , that both provide the same unique flavor .

DIKTAMO (dittany), also know as Erotas (Love ) of Crete , is a rare-to-find plant , one of the most important melitogens , especially known for its soothing action against pain . It is located exclusively in the most remoted mountains and in a approximate altimeter of 1400 meters . The native dittany is a rare find and extremely difficult to collect . It has been cultivated in recent years , but the end products is more like thyme than wild dittany . Its useful parts are the fuzzy heart-shaped leaves and the purple floering tops .  It is said to be an only-planted-in-Crete plant .

Oregano has deep roots from Airistotelis time , ancient Greece , when the philosopher observed that turtles after swallowing a snake ate oregano . So thie led to a conclusion that oregano plant protects the body from the poison . Today , oregano is mainly used in Mediterranean diet and in Italian cuisine .  By its consumption it is possible to prevent abuse of salt  , as it contains plenty of essential antimicrobial elements . The plant also has a strong antioxidant properties thus plays a protective role against many cancers , such as breast cancer , colon cancer and lung cancer.

Olive tree has been the sympol of wisdom and peace . It is the most characteristic tree of Crete , that grows in valleys and mountainous areas . As archeological findings have been proved , Cretans have been cultivating the olive tree and have been using olive oil since 3500BC during the early Minoan period . Indeed , at the ancient Olympic Games in Athens , winners were presented with a simple olive tree branch which was cut with a gold-handled knife from a wild olive tree . The Greeks believed that the vitality of the sacred tree was transmitted to the recipient through the branch .

: Another legend has it that when Zeus had decreed that the city (of Athens , capital of Greece) should be given to the god who offered the most useful gift to the people. This contest was between the God of the seas Poseidon and the Goddess of wisdom Athena. Poseidon offered a horse , as Athena struck the bare soil with her spear and caused an olive tree to spring up .

The people were so delighted with the olive that Zeus gave the city to Athena and named it after her . So it is considered that the goddess Athena (who is often presented with an olive branch , a symbol of peace and plenty) is the protector of the Greek capital .

The olive oil is being used for medical and religious purposes . As the Greek tradition has it : When a child is born , an olive tree is planted , as a constant reminder of the continuity and the evolution of life , as the tree and the child grow up together.

CRETAN FLORA :Olive oil is proven ,by many studies on Medditerean diet, to be one of the most important element of this healthy diet . Olive oil is an all-round food , remarkably versatile and usable raw or in cooking , from appertisers to dessert , with a positive result . It also contributes to the health of the heart and bone structure , you can easily conclude that it is a valuable ally for sportspersons at all time .

Plane Tree grows close to water and it can grow up to 30 meters high , sharing like that its shade to the people . A huge plane or platanos in Greek is the one in Krasi village on the way from Iraklion to Lassithi Plateau . Undoubtedly , the most famous plane tree is the one in Gortyn , which according to mythology , was there Zeus married Europe after he kidnapped her from Asia Minor .

Another spectacular natural beauty is the palm-forest of Vai where Phoenix theophrasti grows , a variety unique to Crete . Of course the Preveli palm forest is another nature experience . We advise you to visiti these places as they are a natural gem to the island and a tourist attraction .

Cyclamen creticum (Cretan sowbread) is a small and delicate plant that grows on rocky places , steam and river banks , gullies , or under bushes , mostly I the protection of shade from the sun .  As the only endemic species of cyclamen in Crete its stalk is thin , purple and its lamina thich , shaped like a heart , dark green with white blurs and red-purple underneath . Its root is used in pharmaceutics.

CRETAN FLORA : Anemones like many other beautiful flowers have their own place in mythology according to which they were born from the blood of Adonis and Aphrodite or in a second version that they are the red tears of the goddess Demeter or her daughter, Persephone.

Rosemary is a fragrant evergreen herb native to the Mediterranean . It is used as a culinary condiment, to make bodily perfumes, and for its potential health benefits. The herb has been hailed since ancient times for its medicinal properties. Rosemary was traditionally used to help alleviate muscle pain, improve memory, boost the immune and circulatory system, and promote hair growth.It is often used in Cretan recipes to give a unique and stronger flavor .

But consuming rosemary alone can have some unpleasant side effects , so we recommend you if you find this plant do not consume it alone and raw , just go and ask how to properly cook it with other ingredients .