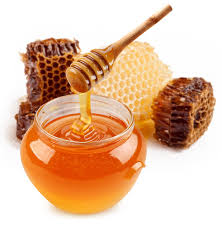 Greece produces a variety of natural therapeutic substances such as herbs, honey, various types of teas, types of herbs and more. From the ancient Greeks came most of the information we already know about their miraculous properties, as they studied thoroughly and in detail everything related to human well-being and the medical field in general. One of these is Cretan honey.

Cretan honey is considered to be one of the best in the world, is considered to be some of the finest on a global scale due to the unlimited summer sun, even though there are many countries which really have tasteful honey too. A special aroma of Cretan honey is due to medical plants and aromatic herbs growing abundantly on the island, which is known to be one of the European regions with richest endemic plants.

Honey is an easily digestible food. It helps the body get rid of harmful substances and toxins as well as of consequences of bad habits like smoking or exposures to radiation.

Crete is rich in self-seeding plants, such as thyme, sage, bramble bush, oregano, pine, acacia, and arbutus as well as in, of course, cultivated citrus trees. Cretan honey is processed by natural methods without exposure to high temperatures, which destroy vitamins. According to official data, there are more than 2 thousand beekeepers on Crete, and it ranks fourth at the national level in terms of honey production. 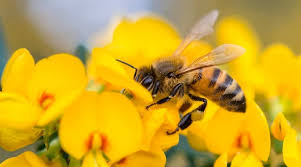 Honey is one of the flagship agricultural products on Crete, valued as much as olive oil and citrus farming. In Crete, beekeeping began during the Minoan period, about 4,000 years ago. In Greek mythology, bee and honey play an important role. According to Greek mythology, the god Zeus was fed with milk and honey as a baby. In another myth, the Bee is the face of the priestess of Demetra the Goddess of the Earth. In addition, the Palace of Malia has the emblem of bees, as well as the Knossos pits,  testify to the relation of the bee to the people from the Neolithic Age.

As the product of a sacred being, honey is considered holy too. In fact, it is still used routinely for its symbolic nature in traditional customs. For example, at weddings or baptisms, guests enjoy Xerotigano, a delicate pastry deep-fried, then dipped in honey and sprinkled with sesame seeds and cinamon. Another custom is for the bride and groom to eat a spoonful of honey with walnuts during the religious service.

Honey is an important source of subsistence for Cretans. The island ranks fourth at the national level for honey production. According to statistics from 2004, there are more than 2.200 apiarists on the island with more than 143.000 beehives.

Cretan honey is famed all over the world for its unique flavor, but also for its miraculous health benefits. Traditional honey produced on the island is raw and unfiltered, an all-natural product with distinctive, pure taste.