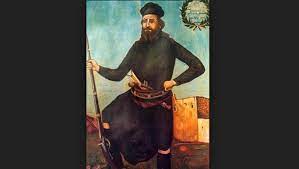 Monastery of Odigetria , The Holy Patriarchal and Stavropigian Monastery of Odigetria is located on the mountainous mass of the Asterousia Mountains in the south of the prefecture of Heraklion, which make up the “Holy Mountain” of Crete. Asterousia was the cradle of Christianity and a rich monastic and ascetic tradition developed area, due to its unpaved roads and the difficulty enemiew were facing to reach the area-over all occupations Crete faced in past. Some examples are the places Agiofarago and Martsalo. 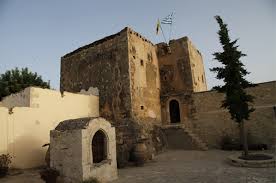 Monastery of Odigetria was founded in the 14th century and is related to the Kallergi family to which it belonged. It is considered one of the oldest monasteries in Crete since it is mentioned in a document of the Ducal Archive of Handaka (Heraklion) in 1393. The Monastery also includes a number of hermitages, as well as chapels with remarkable frescoes.

This Monastery also includes the earlier monastic center of Saints Eutychians, where, according to tradition, Saints Eutychios, Eutychianos and Kassiani, the brothers, were buried. Brothers of the Monastery were also Saints Parthenios and Eumenios, the founders of the Holy Monastery of Koudoumas.

The monastery’s catholicon is honored in the Dormition of the Virgin Mary and to the Holy Apostles-Peter and Paul.

The national resistance history of the Monastery of Odigetria begins as early as the 17th century during the abbotship of Joseph, when the Turks invaded Crete. Before the revolution of 1821, the Monastery was a refuge for the Chainids. In fact, the well-known Xopateras was a monastic brother of the Monastery named Ioasaf.

In 1884 it became a Stavropigiaki Monastery with the Patriarchal Seal. In 1866, during the revolution and during the abbotship of Gerasimos Manidakis, the Monastery developed a great national activity. This activity had the effect of infuriating the Turks who carried out extensive destruction and violence.

During the years of the German occupation, the monastery again faced the enmity of the conquerors because of its activity after treating and taking care of rebels.

This humble monastery stands a sleepless guard of Orthodoxy and hosts those who believe they come to his place.

The Foundation of Monastery of Odigetria 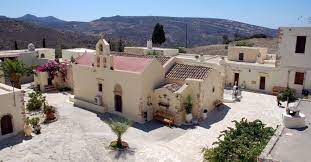 The Holy Monastery in its current location was founded in the 14th century, as evidenced by the frescoes in the monastery’s catholicon – with the Akathistos Hymn – but also in the chapels of the surrounding area. It is considered one of the oldest monasteries of Crete. Its function goes back to the early period of the Venetian rule, as indicated by the Western influences on the style of the frescoes and also by the written testimonies we have at our disposal.

The Founder and Name of the Monastery of Odigetria

According to tradition, the Monastery was founded by a woman who lived in the Livadioti area near the village of Pobia. He came from a rich family and had a daughter. After her husband’s death, her daughter also died suddenly on her engagement day. The mother left her home begging the Virgin Mary to lead her. The Virgin Mary indicated to her at some point to restore the destroyed monastery and become a nun.

Indeed, she disposed of all her property and built a large nunnery, which she named Odigetria.

She donated all her properties in Livadioti to the monastery and she herself settled in it under the name Martha. The name of the Nun Martha is remembered to this day in the services held in the Monastery, as the foundress. 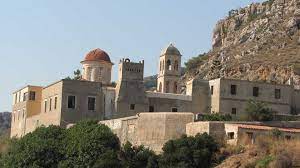 The masterpieces of Cretan painting of the 15th century were created in the Monastery of Odegitria, such as the painter Angelos, who created the iconostasis of the church. Today, four icons of the Angel are preserved in the Monastery: Christ the Vine, Theotokos Zoodochos Pigi, the Kissing of Peter and Paul and Saint John the Forerunner. The frescoes in the chapels of Agios Andreas and Agios Ioannis Prodromos in Vathi Lagos, which belong to the Odegetrias Monastery, were also notable works of iconography of that era. These works belong to the early period of a brilliant style of Palaeologian art. The last are estimated to be made the 14th century.

The last dated frescoes are placed in the third decade of the 14th century.

The Odigetria Monastery also had a large library, where many learned monks and manuscript copyists worked. There are also many documents in the State Archives of Venice, mainly contracts of purchase and sale, from which it appears that during the Venetian period the Monastery was one of the largest and richest in Crete.

The contribution of Monastery of Odigetria to the liberation struggles:

Crete, after a long heroic struggle that lasted from 1645 to 1669, finally fell to the Ottoman occupation after the long siege of Khandaka or Chandax or Handakas, which lasted twenty one years. With this conquest of Crete, one of the most difficult periods of the island’s history begins. The general economic impoverishment also affected the monasteries, which turned into strongholds of revolutionaries and shelters of civilians, contributing materially and morally to the liberation struggles.

The Monastery of Odigetria fought hard to preserve the Orthodox faith and protect the population from the violence of the Ottomans. Shared its meager income with the civilian population and provided all kinds of help to the Chainides, the disobedients who hided to the mountains and formed small resistance groups against Ottoman occupation.

Xopateras, a monk of Monastery of Odigetria, was one of the most famous Chainides of Crete, one of the most heroic figures in Cretan history. Xopateras and other militant monks of the monastery will have an active role in the struggles for liberation from the Turks. Named revolutionaries of the region were Michalis Kourmoulis, Michael Korakas, Malikoutis, Tsakiris, Kornaros and many others.

After the death of Xopatera, the conquering Ottomans unleashed their fury on the monastery, destroying the buildings and looting sacred vessels, books and everything else they found in front of them.

The reconstruction and restoration of the Monastery of Odigetria was decided in 1841 by the Holy Synod of the Church of Crete, as stated in the relevant “constituent” of the 10th century. The few monks who remained contributed to the reconstruction effort. In May 1844, the Ecumenical Patriarchate, in order to help restore the monastery, placed it under its protection with a Sigillion, with which it made the Odigitria Monastery Stavropigian.

The situation of the monastery improves the following year, as confirmed by a Patriarchal letter (1845). In 1853, the Patriarchate requested the financial assistance of the monastery for the establishment of an Orphanage in Constantinople. Monastery of Odigetria also sent financial aid to the Christian community of Heraklion for the strengthening of the Greek schools of Crete and the construction of the Holy Church of Agios Minas.

Throughout the Ottoman occupation and harsh rule, the Monastery of Odigetria, despite the problems it faced, did not stop supporting the rebels by all means. It is no coincidence that two abbots of the Monastery (Gerasimos and Agathangelos) were awarded the title of chief. In the great Cretan Revolution of 1866, Monastery of Odigetria was turned into a gunpowder storehouse, led by Abbot Gerasimos. He developed rich resistance activity, was elected Commissioner of the Christian population of Heraklion Prefecture and General Treasurer of the Revolution and took part in all the important decisions of this critical period.

Also noteworthy is the visit of the now elderly fighter of the Revolution, Captain Michalis Korakas, in August 1882, shortly before his death, who visited the church of Panagia Odigitria for the last time and said goodbye to his old acquaintances, friends and comrades-in-arms, including the abbot Gerasimos Manidakis. With him, he worshiped for the last time at the churches in Martsalo and Agiofarango and together they held a memorial service in memory of Xopatera.

In the Revolution of 1897, the Monastery of Odigetria hosted the son of Michael Korakas, Aristotle, captain and leader of the Greek army in the eastern provinces of Crete, who never forgot that he was saved thanks to the help of the monastery.

The adventures of the Monastery of Odigetria continued during the German occupation, when the monastery was in danger of burning for the second time because it treated the rebels. During this period the relics of the monastery and the icons had been moved to the neighboring village of Listaros for protection.

The current situation of Monastery of Odigetria

The Monastery continued to function with monks, as evidenced by the tables of Municipalities and Communities of 1920 and the census of 1928. In 1935, with the Compulsory Law of 24 October, the Monastery of Odigetria was finally declared permanent.

In 1977, the monastery was electrified and supplied with water from the “Neo Perivoli” area side, which was transferred to the large water tank built in the central complex. At the same time, since 1989, the interest of the forest office in the protection of the area begins to manifest itself, with tree plantings and extensive fencing both on the monastery estates and in the monastery area, in order to protect it from the disasters caused by animals.

A little later, an extensive effort to restore the monastery and its monuments began, with funding from the Church of Crete and Crete Region, and continues until today. The main resources come from the income of the monastery and the help of the local residents and all the Monks create and manage to sell. Today, two monks leave in the Monastery of Odigetria : the Hieromonk and Abbot of the monastery Parthenios Voulgarakis and the Hieromonk Eftychianos Sifakis. Also in the area of ​​Agiofarango, the hermit Fr. Theodoros.

From Heraklion, drive new national road Heraklion-Arvi, pass through Peza – Archanes and continue to the village of Charakas, then direction to village of  Sternes, a rental car is needed.

The dirt road to Monastery of Odigetria is not much difficult. 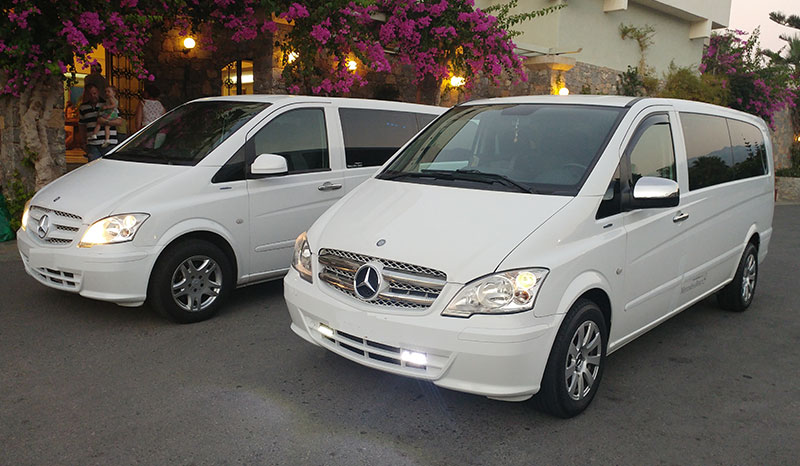 You can hire a Taxi and drive there is the Taxi easy-it may costs much as the direction is difficult. 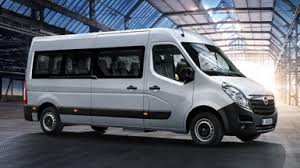 There is a bus that drives to the area but will not help much as you will need to walk reaching the place by the last bus stop!

The monastery has beautiful and interesting walking paths around, if you love walking then plan to do so and combine walking and visiting the Monastery of Odigetrias.

When is best time to visit Monastery of Odigetrias

The best time is winter, the Monastery is going to be very quiet with not many visitors. Summer is a period where many people want to visit the place and is everyday having visitors and tourists.