The chapels of Monastery Odigitria 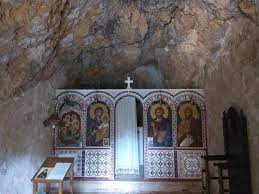 The chapels of Monastery Odigitria: In addition to Agios Antonios in Agiofarago and Panagia in Martsalos, in the area of ​​the Holy Monastery of Odigitria there are also a number of chapels and hermitages, each of which has an important history and is connected to the life of Saints and Saints who lived in the area:

Cave Church of Agia Kyriaki – The chapels of Monastery Odigitria

The cavernous Church of Agia Kyriaki is located between the Odigitria monastery and Agiofarago. This area has been inhabited since the Minoan era as revealed by the relevant archaeological excavations, and perhaps the area was used for religious ceremonies. For the same reason, it was used from the first Christian years since it is located near Kaloi Limenes and Agiofarago. With the passage of time, the interior of the Temple was carved more and more in the context of its continuous formation.

The main feature of the Temple is the various loops that have been built inside the Temple. According to tradition, ascetics and monks were tied to these loops during prayer so that they would not fall asleep. Another interpretation for the existence of these nooses is that during the Arab occupation the cave was used as a prison and a place of torture. The Church of Agia Kyriaki is celebrated on July 7.

Church of Agios Apostolos Andreas – The chapels of Monastery Odigitria 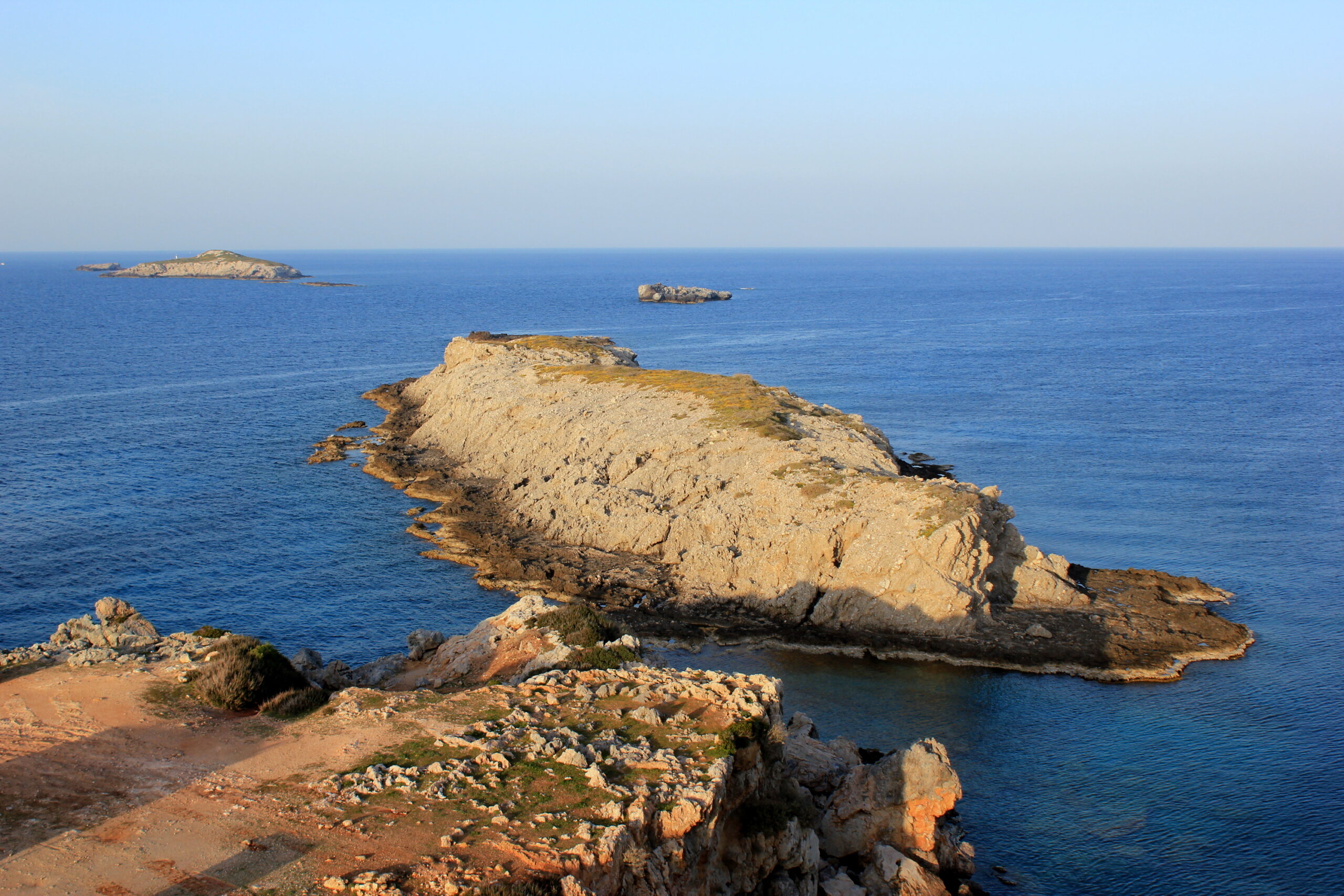 The chapel of Agios Apostolos Andreas is located north of the monastery of I.M. Odigitria in a secluded location. Access to this chapel is possible by following a side road that is next to the main road and starts from the “bad clay” site.

It was built in the 14th or 15th century and its interior is preserved in good condition with wonderful frescoes. South of the temple there was a spring with carved troughs and magnificent plane trees that have now disappeared. The Church is open every year on November 30.

To the west of the Odigetria Monastery in the “Agios” location of Mount Raxos is the Monastery of Saints Eutychios and Eutychianos. According to tradition, the brothers Eutychios and Eutychianos practiced asceticism in this place. After the burial of the two Saints in this place, the whole area got their name, “Stous Agious”, that is, the place of the Saints. The sister of the Saints, Kassiani practiced in a cave located in a steep place – on the Lithino or Kefali cape – in the so-called “Cave of Kassiani” the “cave of the nun”. From the early Christian years, this area was inhabited by monks and ascetics in the many caves of the area. 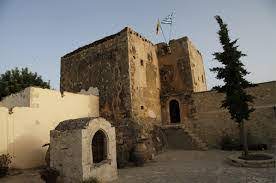 It is possible that the Saints Eutychians lived in this area during the period of Arab occupation (827-961). Saint Eutychios was Bishop of Gortyna and Archbishop of Crete. It is assumed that he withdrew because of the persecutions against the church, or was exiled to Mount Raxos where he exercised his duties with his brother, the monk Eutychianos. Agios Eftychianos met a martyr’s death outside the village of Listaros, in the location “Manaria”, where today the chapel of Archangel Michael is located. On the rock where he was martyred, the hand and the ax (manaria) were imprinted.

The two siblings, Eutychios and Kassiani, buried Saint Eutychianos in a cave where later Bishop Eutychios was also buried, according to his wish. This cave functions today as a chapel of the Odigitria Monastery, in honor of the three fellow saints and they celebrate on August 17. The holy carts and the relics of the Saints Eutychians are found and worshiped in the Holy Monastery of Odigitria. The tomb of Agia Kassiana has not been found. There are many legends and stories about this place as well as miraculous natural phenomena that prevented the attempt of some to climb the cave of Agia Kassiana.

In the same area there are the ruins of the church of the monastery built by Agios Ioannis the Stranger in the 10th AD. century in honor of the Saints when he discovered their tombs. The monastery is said to have been destroyed during the great Cretan War (1645-1669) when its monks fled to the monastery of Odigetria. 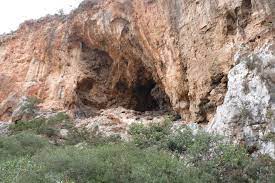 The chapel of Agios Ioannis is located to the north of the Odigitria monastery in the location “Vathi Lagos”. It must have been built at the same time as the church of Agios Andreas (14th to 15th century). It was entirely frescoe but today part of the frescoes has been damaged due to the humidity.